If you’ve been “unplugged” and away from social media throughout the weekend, you probably missed out on a very important announcement from the fine folks at California Roots.  On Friday October 10, 2014 California Roots announced the first round of artists for next year’s “Super Bowl” of reggae music.

The 6th annual California Roots Music and Arts Festival will once again take place at the historic Monterey County Fairgrounds in beautiful Monterey, CA. Music lovers and performers from around the world will once again culminate at Monterey’s central hub to celebrate music, food, artwork, and most importantly spreading good vibes during this three day annual festival set for May 22-24, 2015 during the Memorial Day weekend. 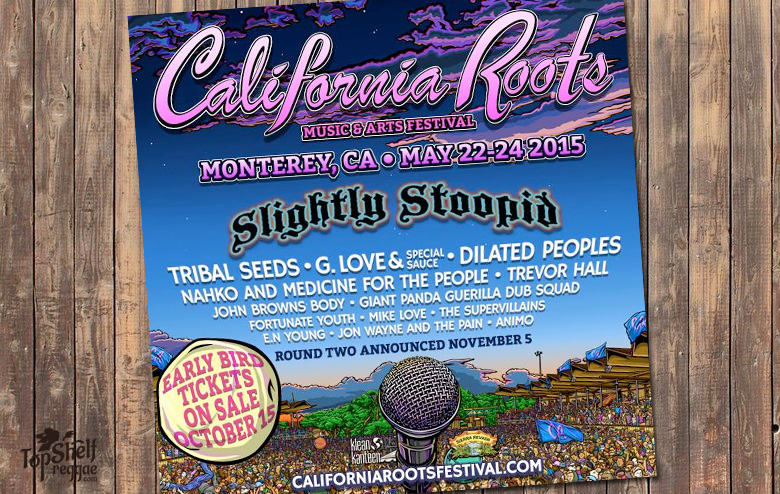 Headlining the Cali Roots first round of announcements is the return of 2013 headliner Slightly Stoopid. In an effort to diversify and attract a broader audience, California Roots has also invited hip-hop underground all-stars Dilated Peoples and bluesy rock trio G. Love & Special Sauce into the mix.

Mark your calendar for the next set of important dates from California Roots:

California Roots round one artist announcements