Nahko and Medicine For The People comes to Ventura, CA | Top Shelf Reggae

Nahko and Medicine For The People recently released their third full-length album titled Hoka, meaning a call to action. The band has been on the road ever since and have been doing much more than just promoting the new album. Nahko and MFTP have revamped their show to not only spread the inspiring messages within their music, but to encourage and empower people to go out and be the change they want to see. We were fortunate enough to experience this near the end of their tour at the Majestic Ventura Theater in Ventura, CA.

LA based hip-hop group, Tyrone's Jacket, started out the night. They impressed the crowd with a funky eclectic style of mixing hip-hop with other genres such as reggae and rock. Their sound has even been compared to a mix of Bob Marley and Rage Against The Machine. In fact, the lead vocalist actually looked much like Bob Marley. But I'm sure a big part of that comparison is attributed to the conscious message within their lyrics. Unfortunately, the venue did not have the best sound system so the words were not always clear but the passion was definitely felt in their voices and through their instruments. There was no question why Nahko and MFTP asked Tyrone’s Jacket to be their direct support.

Nahko and Medicine For The People have always been unique but they truly stepped up their game with this tour. They have always been more than just musicians; they are activists for injustices in the world and they dedicated a large part of this tour to spreading those messages. Nahko and good friend, Joshua Kahn Russell, began the show in the middle of the crowd with microphones. They had the entire venue chanting, “Water is life. Water is sacred. Salmon will run. No dam can hold.” as they made their way up to the stage. A truly powerful moment. Throughout the night, they took time between songs to talk about crucial movements going on in the world such as Black Lives Matter and the events happening in Standing Rock.

Due to Nahko's charismatic personality, they were still able to keep the show lighthearted and fun. The crowd danced the night away to songs like “All Can Be Done” and “We Are On Time” off the new album. The band sounded tight and their stage presence was strong. Violinist, Tim Snider, and horn player, Max Ribner, are another factor that make Medicine For The People so unique. Their solos throughout the night left the crowd with chills down their spines. At the end of the night, their mission had been accomplished. The entire venue felt like one big Medicine Tribe family and people left feeling inspired to help make the movement move. Nahko and Medicine For The People shows are truly one-of-a-kind. To catch the next show near you, check out their website for upcoming tour dates and new music. http://nahko.com 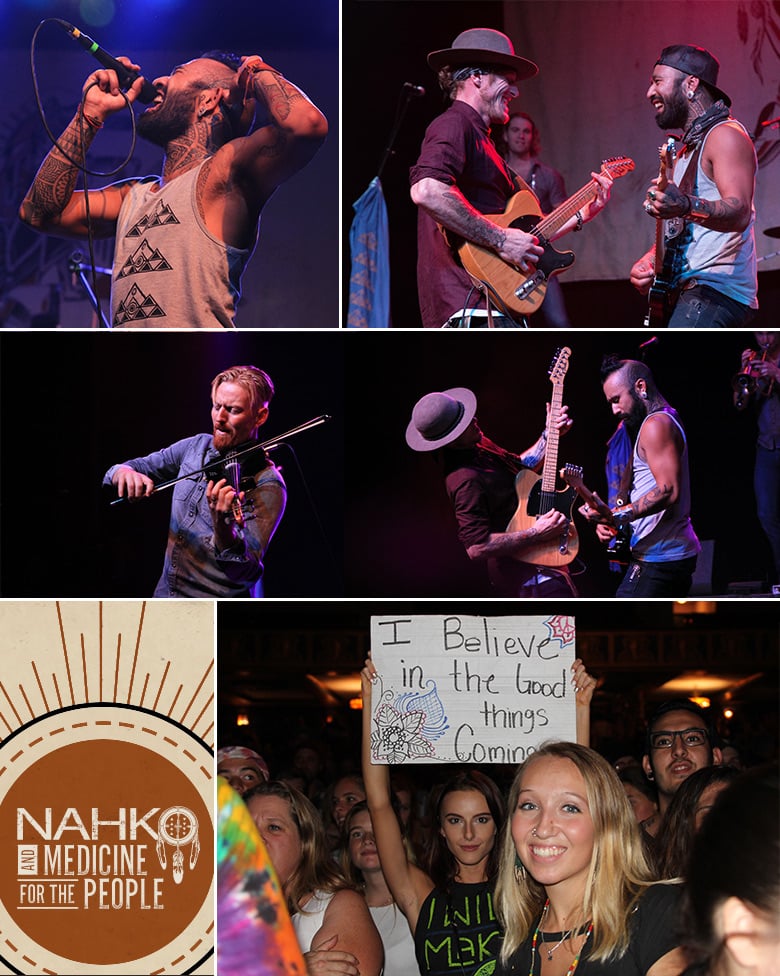 Nahko and Medicine For The People “San Quentin”