On top of the biggest puck rock bands in the business, Sabroso welcomes famed Lucha Libre wrestlers from around the world to compete for the “King of the Ring” Sabroso title. Back to defend his 2018 Sabroso reign is Cesar Gonzalez, better known as 'Ramses': the villian wrestler in the late night south of the border comedy Nacho Libre starring Jack Black. Let the masked and caped smackdown commence. Also competing are all the local taco eateries, with Sabroso attendees voting for 'Best Taco' amongst the musical madness. If that isn't enough for you, over 150 craft beer selections will be on the grounds offering unlimited tastings until 4pm! That's three full hours of beer while the musical stages start up.

You're going to want to have a nice buzz going too, since Irish rockers Flogging Molly are set to headline Saturday night while punk rockers The Offspring will have the circle pit going steadily into Sunday night. Joining the Day One rundown is Bad Religion, Good Charlotte, Lagwagon, Strung Out, The Sucide Machines and openers D.I. kicking it all off. Sunday is no different, starting with Orange Blossom Special and graduating to The Offspring with Red City Radio, Plague Vendor, Face To Face, Black Flag and Descendents… in ascending order, that is. 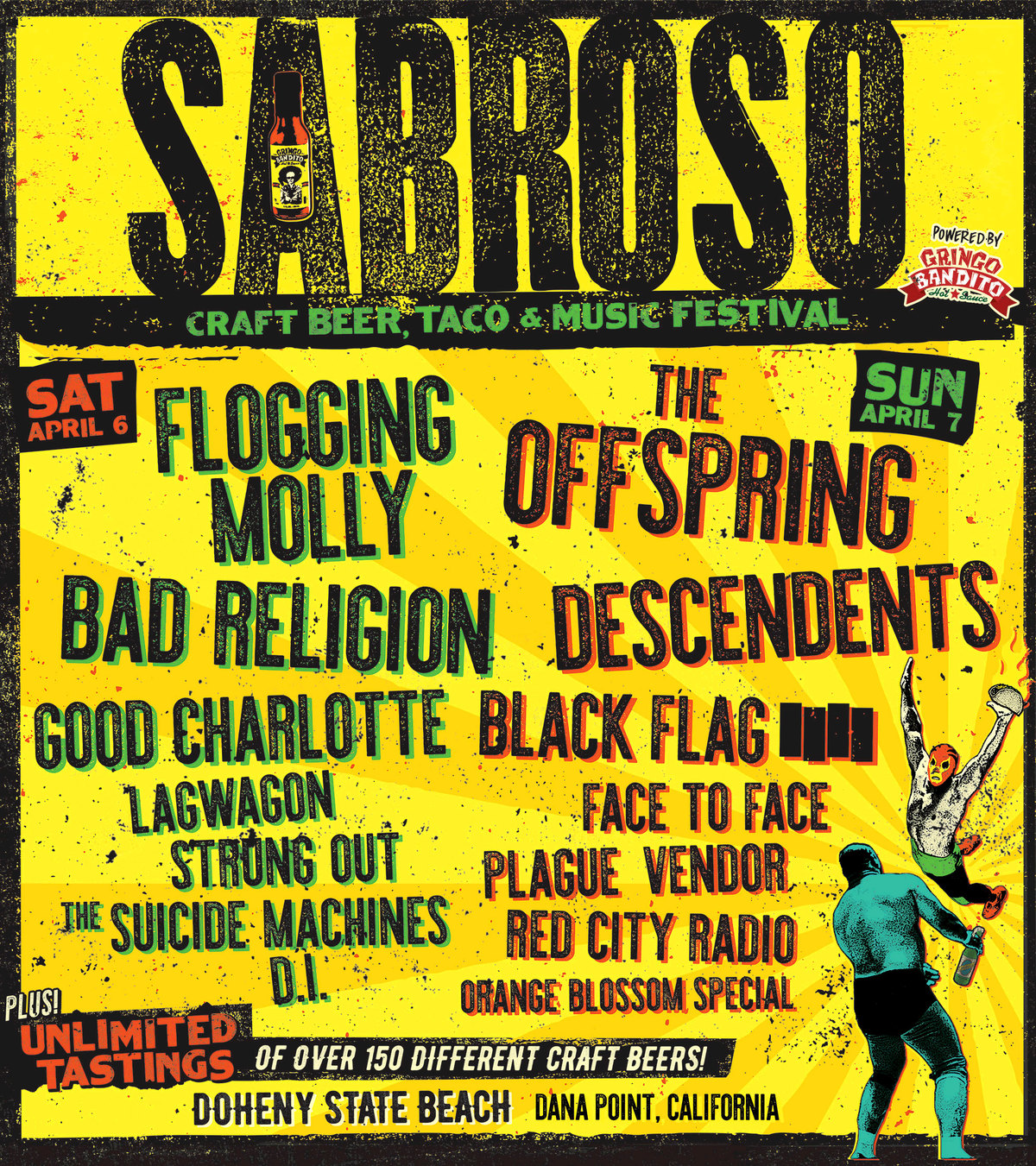 All of this powered by everyone's favorite (and America's most underrated) hot sauce, Gringo Bandito, begs the question, how could you possibly have a bad time? For those that have spouted a family since their love originated for the majority of these bands, don't worry, all ages are welcome. Save a buck by bringing the kids too, since kids under seven are free with a ticketed adult! Speacking of tickets, general admission weekend tickets start as low as $89.50 at this time, with single day options available if you prefer less of a commitment. VIP packages range from $109.50 single day to the ultimate Sabroso hang with the Eat & Greet VIP pass, only available for Sunday where you're guaranteed a personal meet and greet with select members of The Offspring. Since the party goes down at a state beach, make sure to grab a $10 weekend shuttle pass while you're at it. For more information or to get your tickets now, visit www.sabrosotacofest.com.