San Pedro's Spliff Vision is ready to ring in the New Year with new music! Recently released singles include “Feeling Of Love” and “Feeling Of Dub”, the dub version of the aforementioned. Although not the first recorded works from the band, both of these tracks were recorded at California Sound Studios in Lake Forest, CA and produced by Gary (Big G.) Larason. The vision for the band was sparked at a young age when three brothers – Raymond, Jimmy and Andrew – received an electric guitar and bass as Christmas gifts one year. The boys ultimately put together a drum set assembled from various kits and quickly became self-taught musicians. Their love for music grew stronger day by day.

Spliff Vision is ready to ring in the New Year with new music!

As their taste in music matured, the brothers drew inspiration from all types of genres: soul, oldies, hip hop, punk and metal. Through their musical transformation, the brothers' bond grew stronger than ever with roots reggae music. In 2007, the brothers named the band ‘Spliff Vision’ and it wasn’t until 2008 that Andrew decided to let his voice be heard by adding vocals. A few years later, life situations forced a temporary hiatus and the brothers did not play for a while. Andrew survived a gunshot wound in 2011 and the band lost their cousin Russell to cancer in 2012. After experiencing such a great loss, they realized how valuable life is and wanted to make every second count. Playing music was a great outlet for the band to cope with the loss of their cousin and all three continued to take their musical interest to the next level.

Over the years, the band has expanded by adding Derek Martinez, Josshep Peralta and Shane Buono. Spliff Vision draws inspiration from musical influences such as Aswad, The Eternals, Freddie McGregor, Bob Marley, Don Carlos and Steel Pulse (just to name a few). Recent venues played include Garden Grove Amphitheatre, Gas Lamp, Standing Room and Saint Rocke. They have shared the stage with reggae legends Steel Pulse, Barrington Levy, Michael Rose, Don Carlos, Third World, Yellowman and Paton Baton. The band recently collaborated with Glenn Trumpet of Jah Connection Horns, Ryan Kordich of Eureka Sound and Ganda. You can look forward to future collaborations with Dread Kennedy, Levi Dozier and Eureka Sound and you can find Spliff Vision on all the major digital outlets and streaming sites! With so much underway, Spliff Vision's aspirations are anything but hazy for 2019. For more information, visit the band links below. 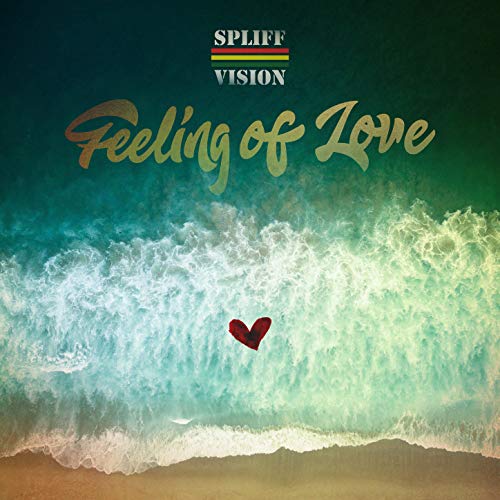