The 6th annual Shoreline Jam took place last weekend right alongside the shores of Long Beach, CA. It's in the perfect location to spend the day listening to live music. The festival grounds are surrounded by the Long Beach harbor and share a home with the famous Queen Mary. The Shoreline Jam has seen some of the most well known reggae and hip-hop artists over the last six years and seems to be growing every year. This year the venue continued to fill as each band played until thousands were dancing the night away to some of their favorite reggae music. The line-up included The Movement, Hirie, Mike Love, King Yellowman, J Boog, Tribal Seeds, Iration and more.

Although this festival was mostly reggae, there was still so much diversity between the artists and that's what makes the Shoreline Jam such a special event. It is a place where music lovers can go to see bands like Hirie who are fairly new yet still making a big splash in the reggae scene and then catch a set by a legend like King Yellowman who has been performing for a lifetime. Yellowman might have been the oldest performer but he still had one of the most high-energy shows of the entire day. That man moves and grooves more in his 45 minute set than some people do in a lifetime. It is truly inspiring to watch. Another inspiring performance of the day was Mike Love. He effortlessly put smiles on the entire crowd and like always, left the stage with a message of love and compassion that resonated with everyone the rest of the day. 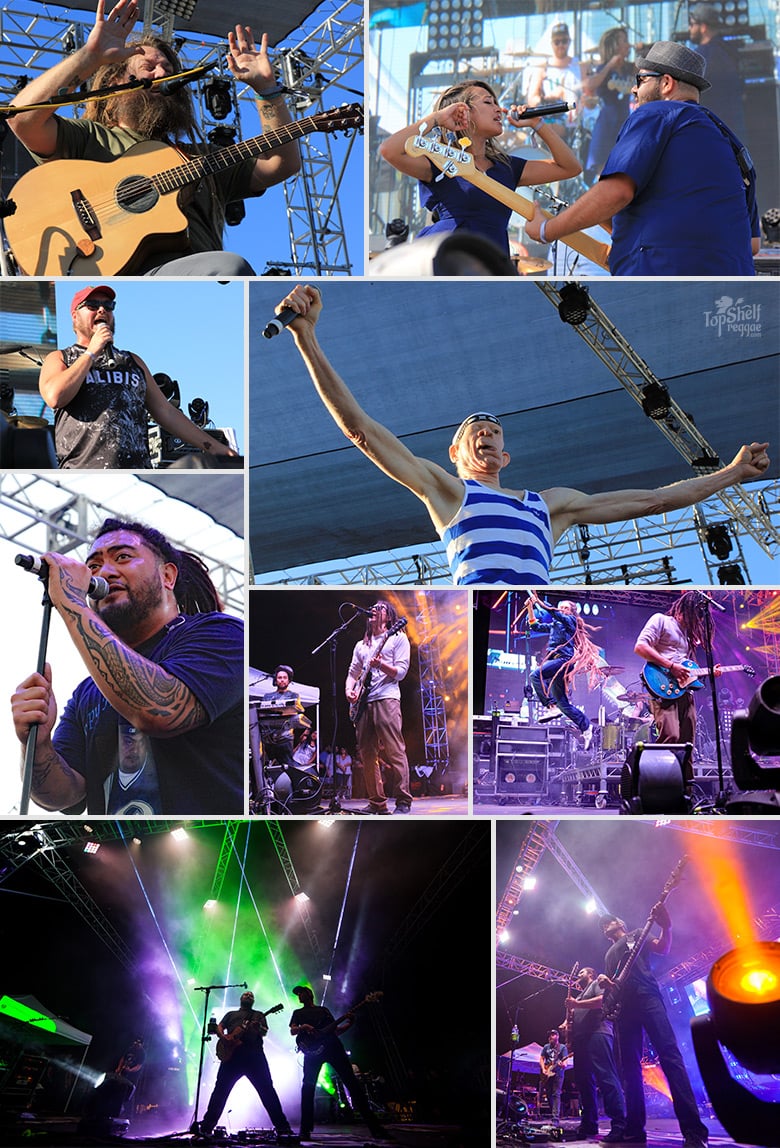 J Boog also had a memorable performance. His soulful energy was felt throughout the festival, which had everyone dancing to his feel-good Hawaiian reggae music. J Boog mixes it up by adding an influence of a little R&B and even hip-hop to his music. He covered songs like “California Love” by Tupac and “I Got 5 On It” by Luniz. Tribal Seeds, who are always a crowd favorite, followed his act. This band’s stage presence has grown tremendously making their live shows one of the most anticipated. And they did not disappoint. Tribal Seeds kept the crowd alive and filled with energy even after the long day of music, dancing, drinking, and the sun. Iration finally came on to close out the festival. They had the crowd singing along to old favorites and left everyone excited to come back for Shoreline Jam 2017.