On January 16, 2015 The Simpkin Project performed a home show in Orange County, California. They happened to be performing on the same night and location as the legendary Dead Kennedys punk band, who recently started performing again. The Simpkin Project played in the Constellation Room, which is located within The Observatory venue located in Santa Ana, CA where sold out shows harbored hundreds of hardcore punk fans and reggae lovers.

Although reggae was playing in a separate room, punk-rock fans could and did check out the scene. Reggae fans could not check out the Dead Kennedys, though; not that they would need to since HB Surround Sound, Stranger, and The Simpkin Project kept all the reggae lovers entertained.

After shuffling through some lengthy lines outside, Top Shelf Reggae arrived to check out some of Stranger’s set. Their jazzy reggae music and performance always seems uplifting and fun. Even some punk-rockers looked like they were enjoying themselves. 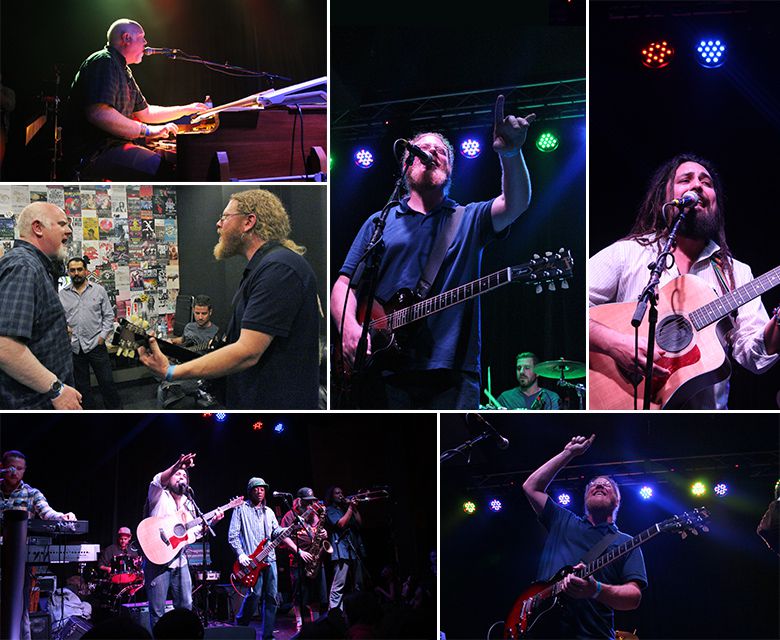 The punk-rockers left a little after The Simpkin Project hit the stage, though, since the Dead Kennedys performed around the same time. That didn’t appear to affect the size of the reggae crowd too much, though. A lot of fans appeared eager to hear the guys play their psychedelic reggae-rock music after the band had taken some time off to do other things.

The Simpkin Project played such songs as “Check Yourself,” “Harder” and “Everything You Want” and even played new songs, such as “Hustlin’,” “Passion,” and “Willing To Change.” They also told loving fans they just finished signing with a label, and are eager to create more music. Such great news for a band that uses their instruments as tools of communication in one of the most passionate and amazing ways. Congratulations, guys!

For more information on The Simpkin Project, check out their website and look for them on social media outlets.